My first 24 hours of travel since leaving South Korea was a long journey through Hanoi onto the northern town of Sapa. Anike, my travel companion, and I both agreed that it was best to head straight there during our first night, so that we wouldn’t lose any more time the next day traveling.

So after only a few hours of landing in Hanoi, we boarded the overnight sleeper train from the Hanoi Railway Station to Lao Cai aboard the Sapaly Express train. A few weeks prior to our trip, I took some time out to read up on posts and threads about the different train options. We chose to go with the Soft bed 4x (Deluxe) train on the Sapaly Express SP3 after reading that this particular train was newer and cleaner than some of the others.

Cost of the train ticket: 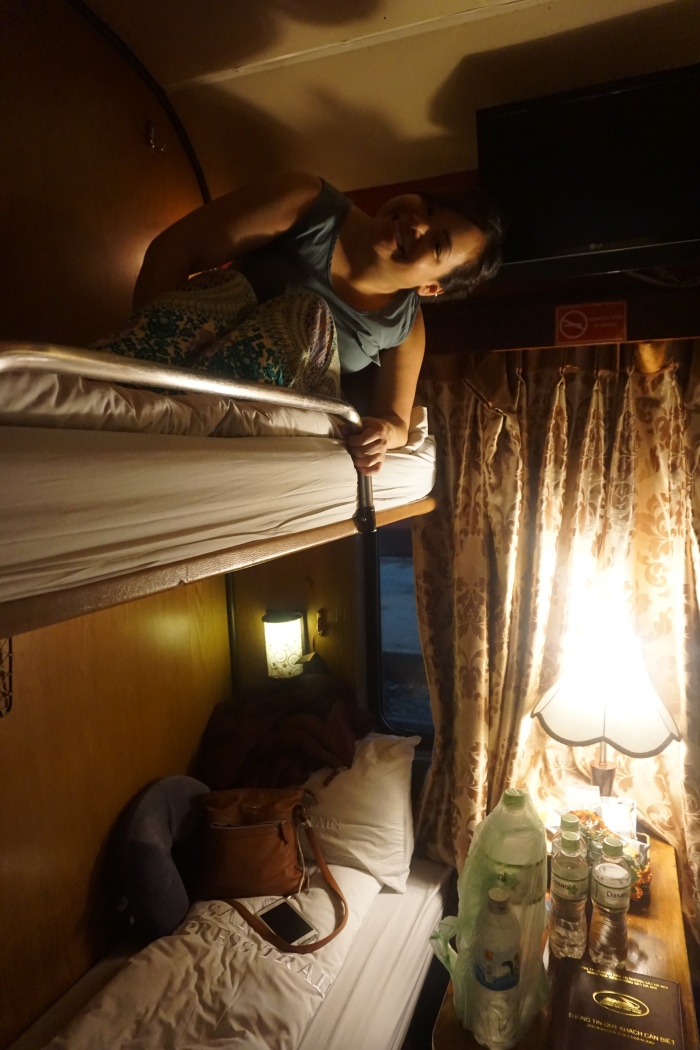 Me on the top bunk.

There is also the option of Soft Bed 2x (VIP) sleeper trains for those who don’t mind spending a little more. I was expecting the train to be similar to the one I took from Bangkok to Chiang Mai but these private bunkers had smaller bunk beds. We shared the train with an older couple from Europe.

There were small bottles of water and cheese crackers provided on the small table between the lower beds. A small TV screen was mounted in between the 2 upper bunks, but we didn’t care to turn it on.

There was a restraint rail on the side of the upper bunks, I guess to prevent people from falling off. The sheets, comforter, and pillow were clean and comfortable. However, I would imagine that the space may be way too small for anyone taller than 5’10. It reminded me of my college dorm bed, only shorter and less wide.

Despite the small size of the bed, I was still able to get adequate sleep. There was also double sink for passengers to brush their teeth and freshen up. The toilet wasn’t the cleanest, but I didn’t see the tracks when I looked down. Who knows where it goes! 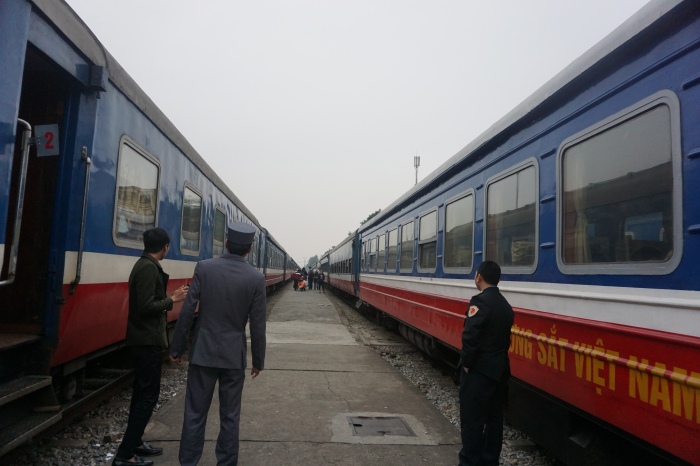 Getting off the train.

Eight hours later, we arrived at Ga Lao Cai Station at around 6:20am. Immediately after stepping off the train, we boarded a shuttle bus for 100,000 VND (~$4.50 USD) that took another hour to arrive into the sweet little town of Sapa.